Intelligent airplane seats that can tell maintenance crew when they need service or a wireless seatback IFE (In-Flight Entertainment) system that sheds hundreds of kilos of extra wiring weight might have seemed far-fetched a few years ago. But the aviation industry is ushering into a new digital era that allows for break-through innovations and much more. Enabling all this and much more is a lesser-known but an ingenious Estonia-based company called Axinom.

The digital solutions provider, founded almost 20 years ago, started with content management and digital rights management solutions for the media industry. But with the growing consumption of entertainment and connectivity in aviation, it felt the need for better digital solutions to cater to the demand. Hence, Axinom started serving the industry with solutions for IFE and connectivity. Axinom’s two-third of the highly skilled workforce is based in Estonia (Tallinn and Tartu), and the rest of them are distributed globally (Germany, Sri Lanka, and the US). The active member of EAC (Estonian Aviation Cluster) has a proven track record of delivering successful solutions for many big names in the aerospace, media, and other transportation companies. Currently, more than 3000 aircrafts and 40 airlines use Axinom solutions.

Axinom joined the aviation business in 2010. According to Ralph Wagner, CEO of Axinom, the aviation industry is an extremely competitive and challenging market, but, at the same time, very fascinating. “Our entry point in aviation was ten years ago with DRM (Digital Right Management). We have already been in the media industry, developing content management and DRM since 2001. Still today, we are one of the top DRM providers globally,” stated Wagner. Since then, Axinom has achieved many significant accolades, including the successful deployment of a new wireless seatback entertainment system for one of the US’s biggest airlines.

Traditionally, seatback IFE systems require many extra hardware and kilometers of bulky wiring. Not the case with Axinom Wireless Seatback (WSB). It uses tablet devices and a single and often already existing wireless infrastructure on-board aircraft. The screens are embedded into the backside of passenger seats much the same way that traditional IFE screens are. “Today’s passengers expect seamless connectivity and personalized choice and flexibility in everything they do. Be it the food they eat or movies and TV shows they watch. The same is true when they travel – they expect transportation providers to offer the same choice and flexibility”, tells Wagner.

“We built the software that you can use inside of a vessel to deploy and run many different types of applications. It is known as Axinom On-Board Cloud. The focus is to provide an avenue for getting new applications on-board, quickly and without any hassle, by enabling vendors for software applications such as e-commerce or duty-free shopping applications running on the IFE systems. For the next ten years, the goal for us is to establish ourselves as a framework provider. A framework that can be used by other software vendors in the world to accelerate innovation,” says Wagner. And he sees much room for independent software companies working on specialized services, especially IoT.

In aviation, smart cabins and IoT translate to use-cases such as connected seats with sensors that can tell the crew if the seat is occupied or whether the seatbelt is fastened and if the tray is in the upright position. Airlines can also use the data gathered from IoT sensors for better seat planning, mapping, and up-selling opportunities. Similarly, with connected overhead bins, the crew can know which bins are occupied and empty for a speedier and efficient passenger boarding experience. All these efforts translate to less time spent on the ground and more time flying.

Axinom software services cover both on-board and on-ground aspects of smart aviation allowing for seamless and secure data collection, sharing, and offloading. Integration of on-board services with each other and with internet access allows for novel use-cases, previously thought impossible. In the air, destination services like pre-booking of hotels, tours, cabs, also itinerary planning with travel guides, maps, and more can be done by passengers through ancillary services provided via the IFE system. Smart cabins empower flight attendants to have a higher level of control and insight over what’s happening on-board an aircraft. Simultaneously, airlines can reap greater operational efficiency through predictive maintenance, waste avoidance, and better crew management.

Standardization is another significant endeavor Axinom has undertaken in the last couple of months. It is a much-required need in the industry because of the existing fragmentation, lack of interoperability, and stringent certification necessities. “We started collaborating with airframers, integrators, and service providers. They are using Axinom On-Board Cloud for seamless on-boarding of UMS (User-Modifiable Software) and integration with existing systems on the aircraft,” says Wagner. Axinom On-Board Cloud ensures that applications and data are transferred from the cloud to an aircraft, and vice versa in an automated manner. These processes, usually, are either primarily performed manually or done through individual proprietary components. The current mechanism has proven to be uneconomical and no longer controllable, given many systems involved.

There is a change in airline behavior. Even before COVID-19, the pressure to innovate was an essential reason airlines were looking for new solutions. Today, a massive cost pressure augments this, significantly increasing the willingness to work towards standardization. “We see a positive acceleration of innovation, allowing us to work directly with airlines, integrators, and service providers,” added Wagner. “We believe that the cost pressure on the next five years will lead airlines to search for alternatives, how to put services in an aircraft in a more modern and innovative way. At the moment, they only procure rigid turnkey solutions,” believes the CEO of Axinom. “We are enabling airlines to usher into a new digital era of modern smart aircraft, helping airlines be cost-effective, sustainable, and up to date.”

If you have traveled with the renowned coach provider Lux Express in Estonia, there’s a good chance that you have experienced an Axinom-built entertainment solution already (see first image from right) 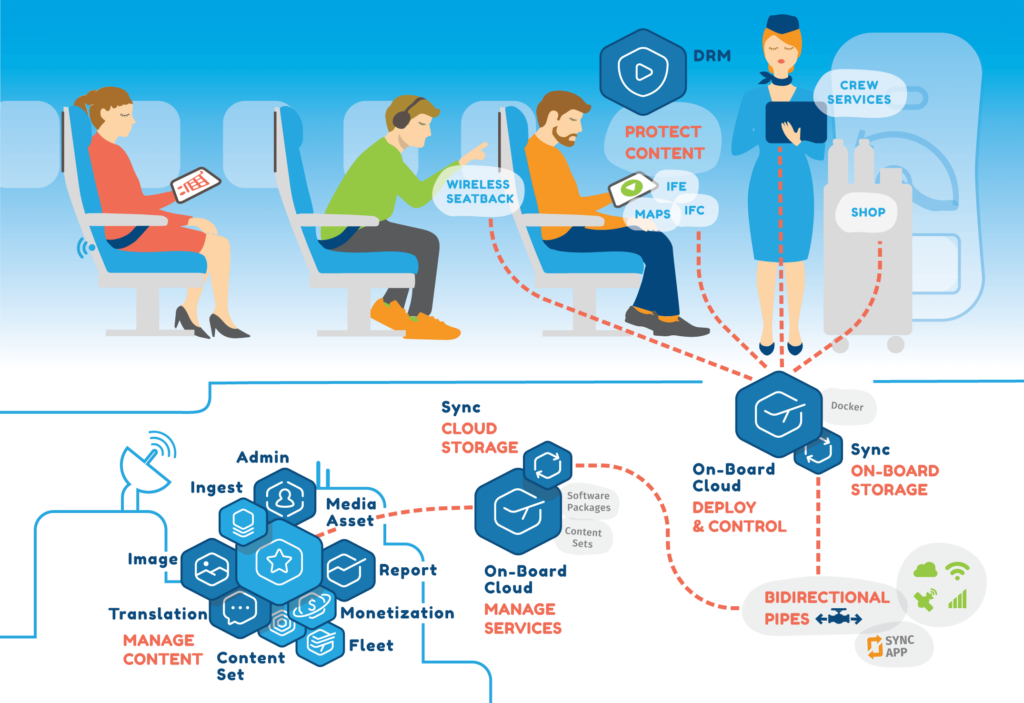 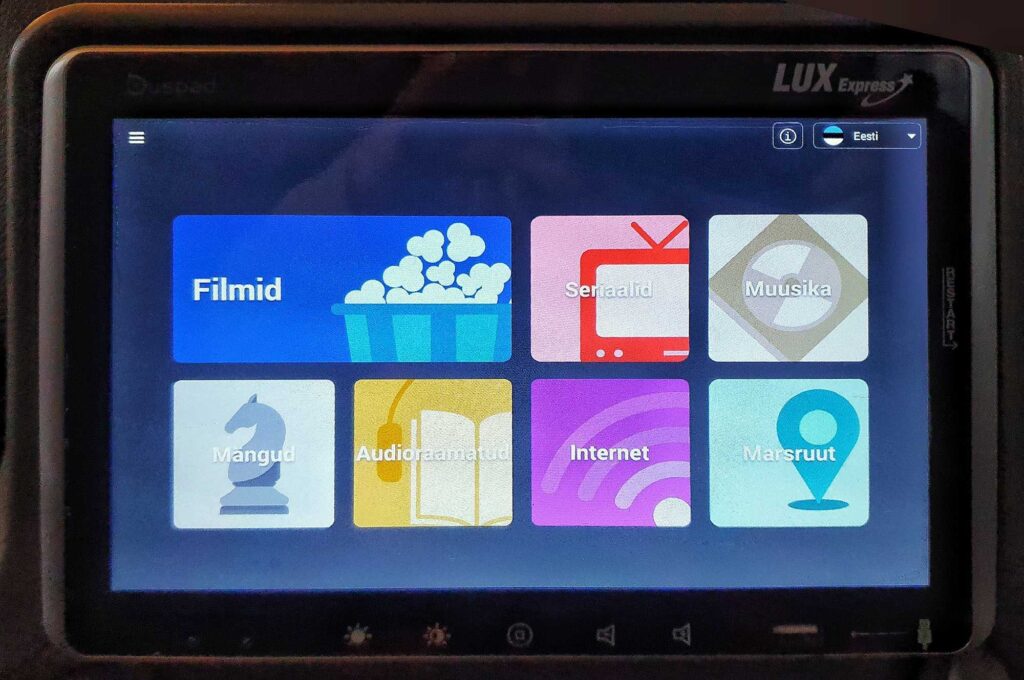