All news
24 January 2023
by Laura Käis
Share this article:

From January 24, Magnetic MRO, a member of Magnetic Group, is using Auve Tech’s autonomous vehicles to transport employees and small packages between hangars on the Tallinn airport grounds.

Raivo Roolaid, Supply Chain Manager at Magnetic MRO, described the mindset behind innovative cooperation: “At Magnetic MRO, we are constantly looking for ways to be more agile and work smarter. In cooperation with Auve Tech and AS Tallinna Lennujaam, we have developed a logistics solution to help move people and goods autonomously at the airport and between hangars. This method is also significantly more environmentally friendly.”

The first Estonian manufacturer of self-driving vehicles Auve Tech focuses on last-mile transportation in pre-mapped areas. Electric self-driving buses have eight seats and are equipped with several sensors, such as LiDARs and cameras, that ensure 360-degree visibility and quick response at all times.

“Our purpose is to bring the service of autonomous vehicles to the Tallinn airport area for the first time. That’s how we can improve the logistics on the airport grounds and help reach sustainable goals for daily operations. This project is a practical example for airports all over the world,” Johannes Mossov, a member of the board of Auve Tech, briefly summarizes the ambition for the cooperation.

According to Riivo Tuvike, chairman of AS Tallinna Lennujaam board, Auve Tech’s decision to test its autonomous vehicles on the airport territory is purposeful – the movement here requires complying with several rules and procedures. “This allows us to create an unprecedented experience on how to use autonomous vehicles for airport needs in the future. For instance, to transport passengers,” said Tuvike and added that Tallinn Airport has always considered similar innovation a necessity. 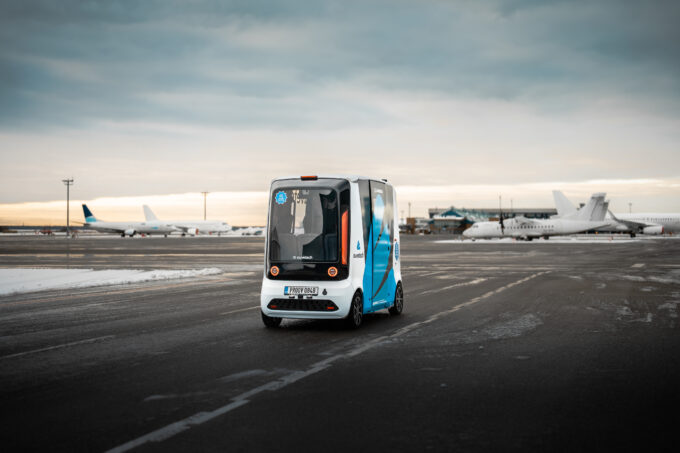