Estonian aircraft maintenance company Magnetic MRO took the opportunity last week to join Prime Minister Jüri Ratas’ (Center) official visit to France, meeting with President Emmanuel Macron, as it hunts for opportunities in a sector ravaged by the coronavirus pandemic. Magnetic has already been producing details for French-founded European aerospace giant Airbus for several years. The coronavirus era has hit the company as it has others – Magnetic MRO had to lay-off 23 percent of its staff at the start of the crisis – but its relatively small size has been an advantage, it says, with the larger market players fighting to survive.

Magnetic’s CEO Risto Mäeots said: “We made some very aggressive cost-cutting measures right at the beginning of the pandemic, and currently we in management are still not so much thinking about how to survive, but rather how to emerge from the chaos on top.” Canceled orders from airlines have had their effect, but a new trend for leasing planes has also provided some new customers, he said.

Magnetic had already been producing interior details for Airbus for some years, though this is drawing to a close; in 2016 it took over U.K. firm MAC Aero Interiors, with a view to continuing production in England, but post-Brexit, the decision was made instead to move production to Estonia. “Today we have a small production, where we produce interior parts. By bringing production to Estonia, we also brought our customer portfolio with us, and one of the customers was Airbus.”

We want to be part of greater production volumes

“We had been producing small interior solutions for Airbus for many years. But since production of the Airbus 380 is coming to an end – the last planes are coming off the production line today, as the world just doesn’t need such big planes any more – our production for Airbus will end accordingly.”

Being a part of the Estonian delegation visiting France was an opportunity to good to pass up, Mäeots added, given the stakes and the fact that strategic links like this often yield large international contracts.”…Given today’s situation, the idea came to us that we could use a little political help,” Mäeots noted.  “The purpose of our meeting was also to draw attention to the fact that we are not just some small corner of eastern Europe, but that we want to be part of greater production volumes.”

Effects of Brexit could play into Magnetic’s hands

Even Airbus itself, which has some of its production in the U.K., might be eyeing a continental European new home for this, Mäeots said, and Estonia was one hoped-for destination.”We should be at the forefront here and speak with a loud voice, so that we get noticed and Airbus knows that Estonia is one possible location where their production could take place.”

As for signs of future recovery, Mäeots added that this could be three years off at the earliest, with the global aircraft maintenance market almost halving, from US$86 billion to US$46 billion due to the pandemic, and the effects of the crisis likely to be even more stark in the first quarter of next year, when despite greatly reduced flight volumes in summer 2020, maintenance must still be carried out in its traditional time of winter.

This will be hampered by state support measures drying up – Magnetic itself has received the nod for a €10-million state loan – and is likely to see some casualties from among the big players, Mäeots added; focusing just on passenger flights need not be required for a company of Magnetic’s size, he noted, however, since cargo flights, medical supplies and other key plane journeys will need to be made come what may. 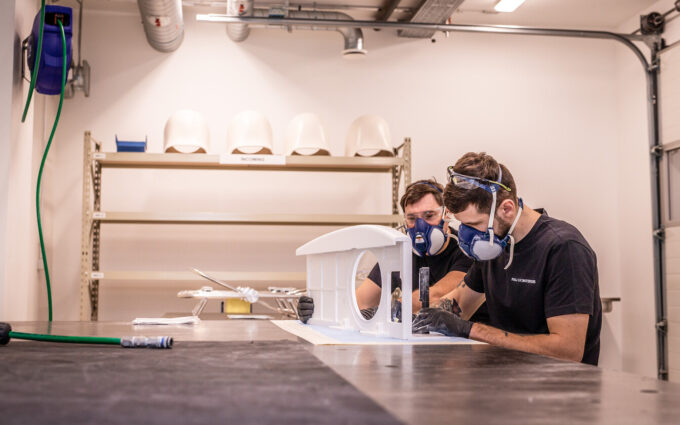