Overview of the current sanctions and their effect on aviation

Article 3c of EU Regulation No. 833/2014 of 25 February 2022 states: “The sale, supply, transfer or export of goods used in the space industry and aviation to a Russian natural or legal person and/or for use in Russia shall be prohibited.”

What does this really mean for aviation? In this overview, I will not focus on the current ban on flights and the economic downturn resulting from decreased ticket sales but will give an overview of the specific effects of the sanctions mentioned above.

Purchasing aircraft. There are about 25,000 commercial aircraft in the world. Before the Covid-19 pandemic, about 55% of these aircraft were leased, and the remaining 45% were bought by airlines. The pandemic had a devastating effect on airlines’ cash flows, and the share of aircraft leasing increased further. As per today’s sanctions, aircraft manufacturers (Boeing, Airbus, Bombardier, etc.) are not allowed to sell aircraft to Russia. This applies to both new and used aircraft.

Aircraft leasing. A total of 487 aircraft have been leased to Russia by foreign companies. This figure is made up of the assets of 48 companies, and the largest of those companies are AerCap, SMBC Aviation Capital and Air Lease Corporation. The first two are headquartered in Ireland, the latter in the United States. To give context, AerCap has a total portfolio of more than 2,000 aircraft, and 149 of them are in Russia (with a total value of $ 2.5 billion). According to recent sanctions, all these companies should remove their assets from Russia. It’s hard to imagine what one of the biggest relocation of aircrafts in world history could look like – but that’s the new rules. The Russian state, in cooperation with the operators (airlines), may decide to nationalize these assets, and many aircraft will not return. It is worth emphasizing that many engines attached to aircraft are leased separately (it is perfectly normal for the airframe, engines and landing gear to be the property of different owners) – these sanctions also apply to engines, landing gear and other leased assets. On March 3, 2022, all major UK insurance companies also announced that they would stop insuring aircraft based in Russia.

Aircraft maintenance. Russia is quite independent when it comes to aircraft maintenance. However, when it comes to spare parts for aircraft, it is a whole new story. The sanctions imposed no longer allow the sale of aircraft spare parts to Russia today. Maintenance of aircraft components is also prohibited for Russian companies. Just a few days after the sanctions were imposed, we saw a sharp increase in spare parts inquiries in our spare parts unit through Turkish and Asian companies. It is obvious that Russian operators are trying to adapt to this new situation. The reader may think that there are domestically produced aircraft in Russia, such as the Sukhoi Superjet and MC-21. However, the first aircraft was built with products from imported manufacturers such as Thales, Safran, Goodrich, Honeywell, and many others. The situation with the MC-21 is similar, in addition to the fact that the engines come from the US manufacturer Pratt & Whitney. In other words, aircraft manufactured in Russia will soon be unfit for flying in the context of today’s sanctions.

Continuing airworthiness of aircraft. We previously addressed the complexity of maintenance resulting from the ban on the sale of aircraft spare parts. However, while spare parts are still in stock, aircraft and engine manufacturers have blocked digital access to aircraft maintenance manuals since the sanctions came into force. It is common for instructions to be updated quite often in aviation since new information emerges during the handling of the aircraft, which is returned to the factory that manufactured the aircraft, and the factory is constantly updating the relevant maintenance material to prevent possible technical problems. In practice, this restriction should mean that the local aviation authority should demand grounding of all aircraft subject to this restriction. But what was the response of the Russian Ministry of Transport? On March 5, year 2022, a special permit was issued, which gives all sanctioned aircraft in Russia the right to continue to operate using outdated instructions. In other words, Russian airlines will not receive any technical updates from the factories but will not restrict the use of the aircraft for passenger transport. 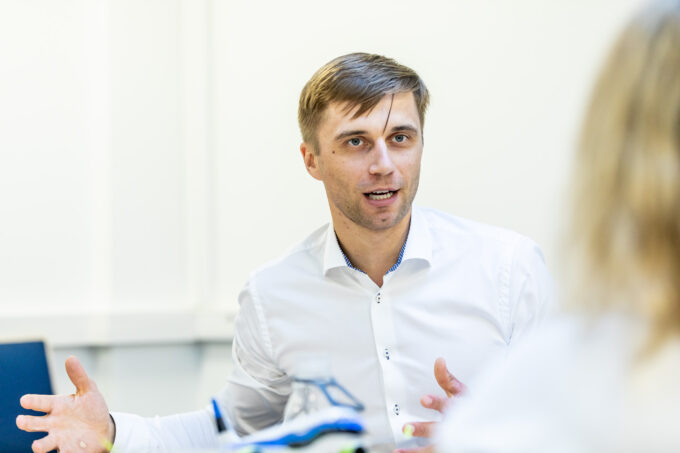