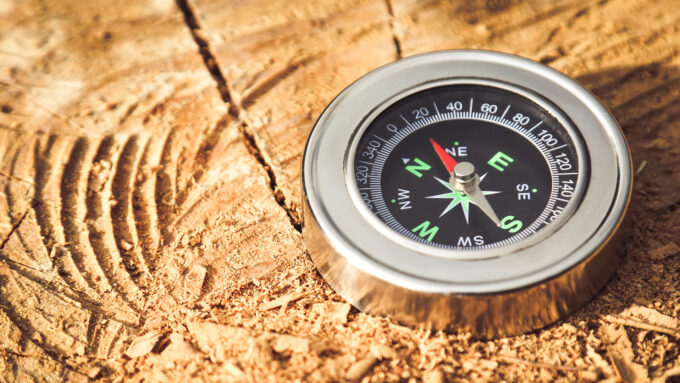 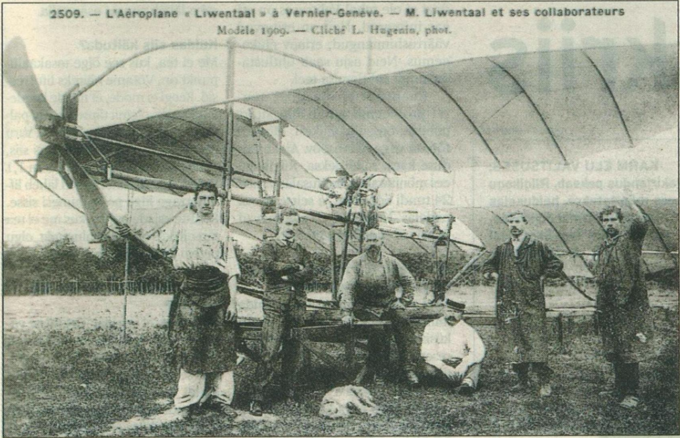 In around 1860, Juhan Liwentaal, a young man from Lääne County, decided to walk on foot to Switzerland. He was motivated by his love for a young woman called Jeanne Henriette Caroline Matthe. By 1868 the couple already had their second child, Alexandre. He was a smart child and particularly gifted at science. Alexandre was passionate about airships and heavier-than-air flying machines. It is now known that he made an 80-metre flight with a motor aircraft that he had designed and manufactured himself in 1898, five years before the Wright brothers, who are officially considered to have made the world’s first controlled human flight. 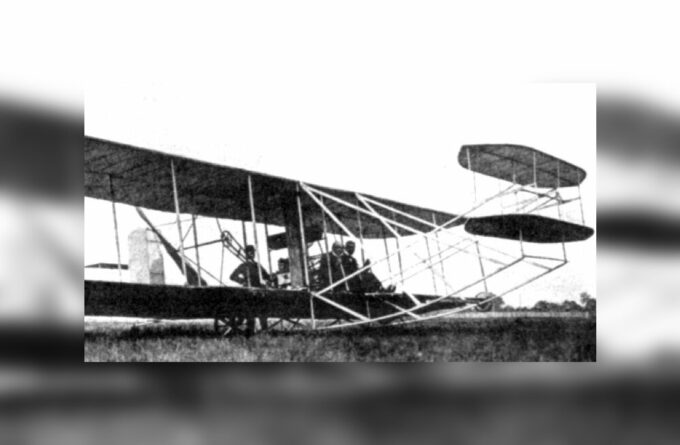 Wright aircraft purchased by Theodor Kalep from Germany. Kalep sits on the right, with Orla Artzen, a pilot on his right.
1909

The first Estonian airplane constructor was apparently Theodor Ferdinand Kalep, who built a 100-horsepower engine, the so-called Kalep engine, in Riga, in 1909 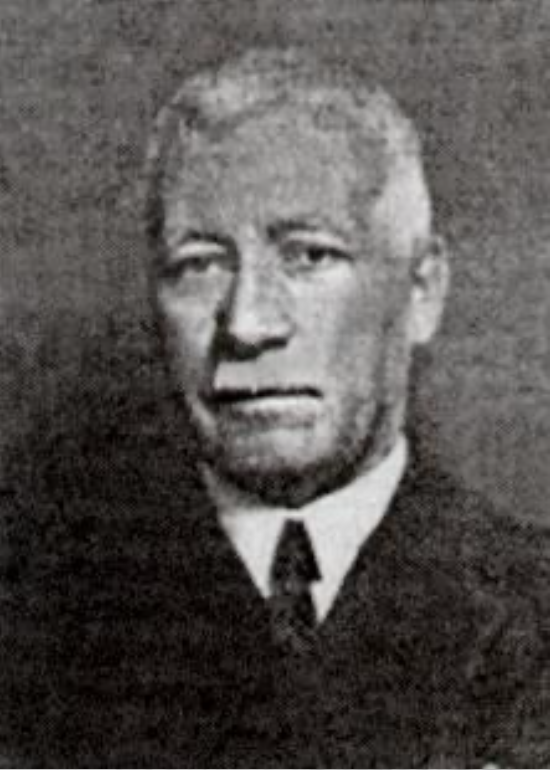 The first born-in-Estonia pilot was a guy with a really impressive name Theodor Wilhelm Franz Meybaum, who did his first flights in 1910 and 1911. 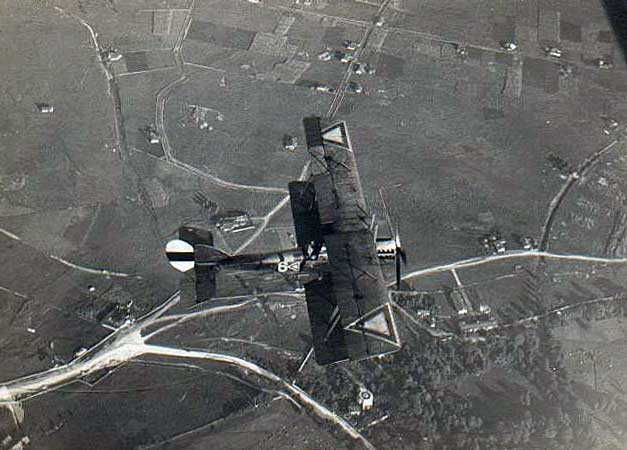 The Estonian Air Force was born with the Republic of Estonia. The first Air Force unit was formed on 21 November 1918. Soon after, the first plane was acquired as booty from the communists – the fighter Farman HF-30 of French origin. Over the course of time, other aircraft were accumulated – mostly, bought on debt. By the end of the War of Independence in 1920, the Estonian armed forces had 44 planes at their disposal. Unfortunately only a few of them were airworthy. 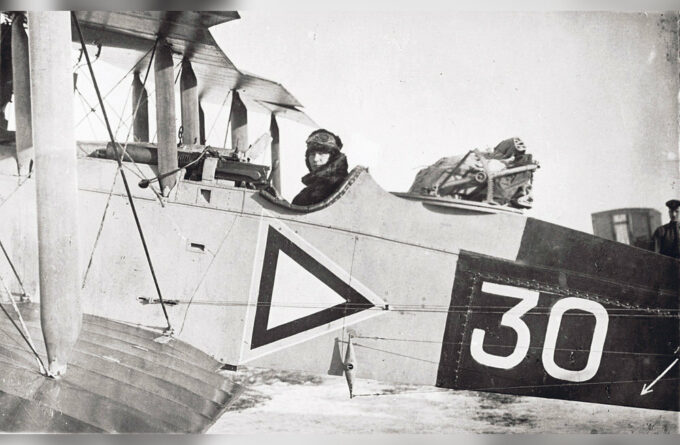 Pilot Nikolai Veelmann on his way
1920

Estonian civil aviation was born on February 7, 1920, when the first postal flight with pilot Nikolai Veelmann took place from Estonia to Finland. While returning, the aircraft was loaded with banknotes – Estonian currency what was printed in Finland. During approach to Lasnamäe, the plane crashed, but luckily all passengers survived. 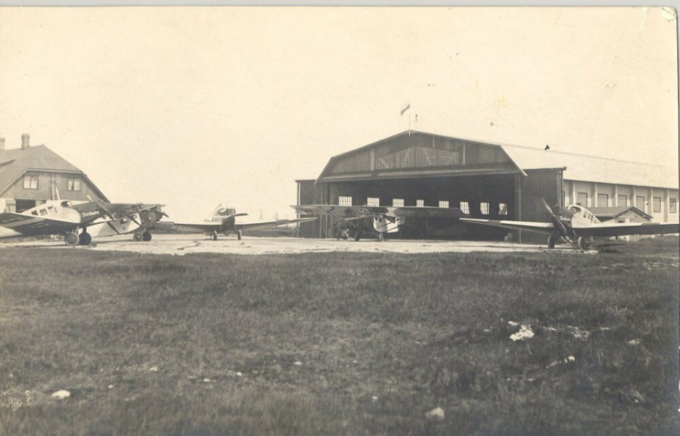 In 1921, an airline company called Aeronaut was founded and it started flying between Tallinn and Stockholm, but mostly it commuted between Tallinn and Helsinki. It was an important transportation route, especially in winter, when severe ice conditions discontinued sea transport for months. From 1921 to 1927 Aeronaut made 4419 flights, carrying 10 000 passengers, 78 tonnes of baggage and 20 tonnes of post.

Ülemiste Civil Airport was opened on May 2, 1934. Already on the day of opening, Ülemiste Airport was named the largest in the Nordic countries. By that time, the Polish airline LOT had already operated two flights between Tallinn and Warsaw. 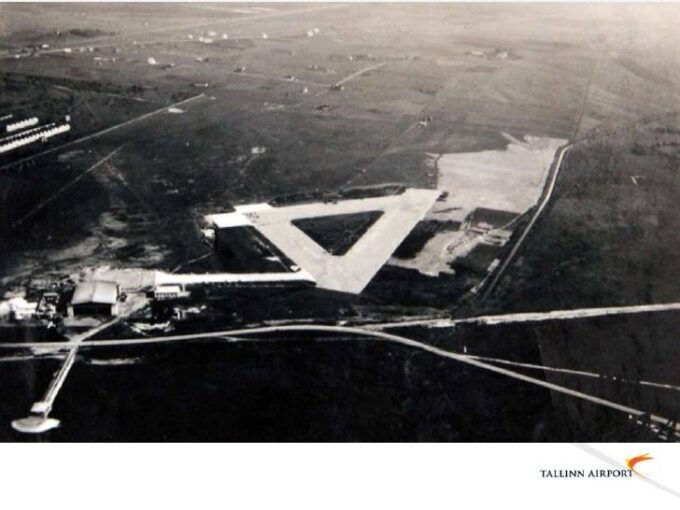 On September 20, 1936 a triangular system of concrete runways was opened on the shore of Lake Ülemiste – and with it, Tallinn’s air field officially became Tallinn Airport. This new system allowed aircraft to land no matter which way the wind was blowing and in any season, guaranteeing Tallinn year-round air connectionsto the rest of the world. Each of the runways in the system at the time was 300 metres long. 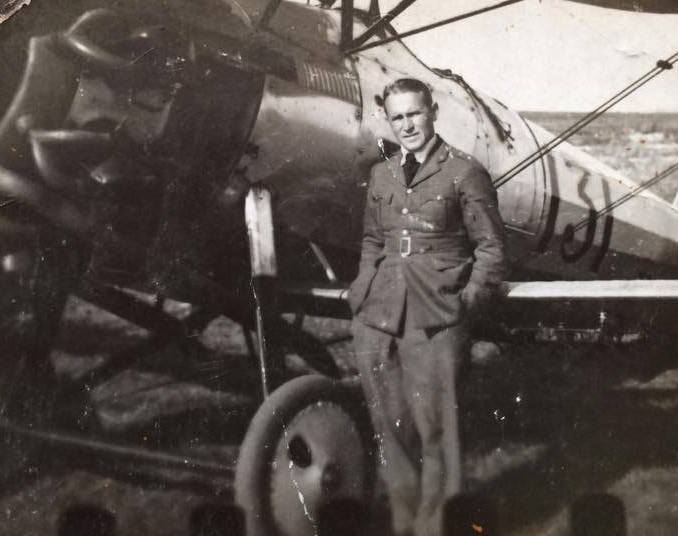 In 1939, just before the Second World War and the Soviet occupation of Estonia, the Estonian Air force consisted of about 80 active airplanes – Bristol Bulldog, Hawker Hart and Potez 25 biplanes from the 1920s, but also the more modern Avro Anson multipurpose aircraft 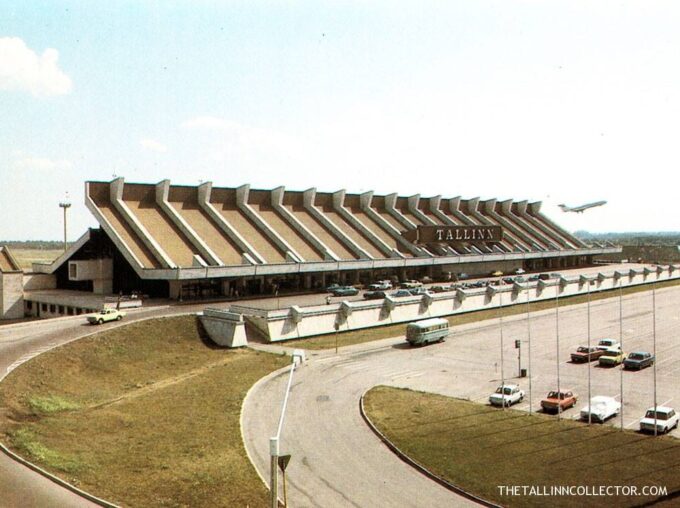 Estonia was part of the Soviet Union for 50 years. During this time, a local division of Aeroflot provided air services, carrying 800,000 passengers a year at its peak, according to Flight International. In designing the new terminal (pictured) building opened in time for the Olympic regatta in 1980, architect Mihhail Piskov was inspired by the look of old Estonian threshing barn cottages. 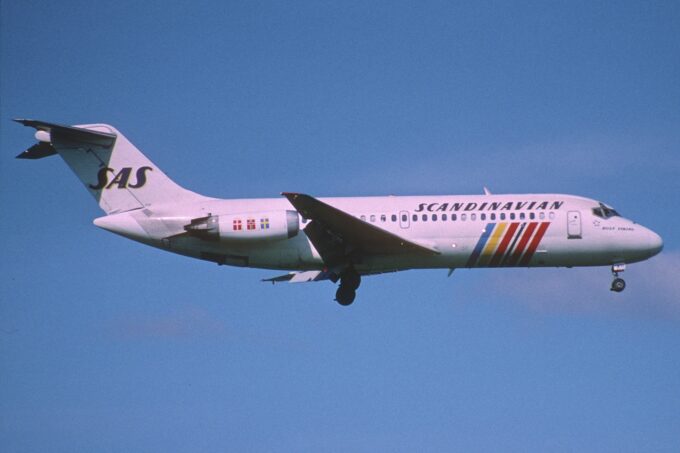 On December 25, 1989, SAS became the first Western airline to fly to the capital Soviet Estonia at that time and thereby offering an alternative to the formidable Aeroflot for foreign travel. They started to operate in a route Stockholm-Tallinn with the DC-9 small jet (pictured). 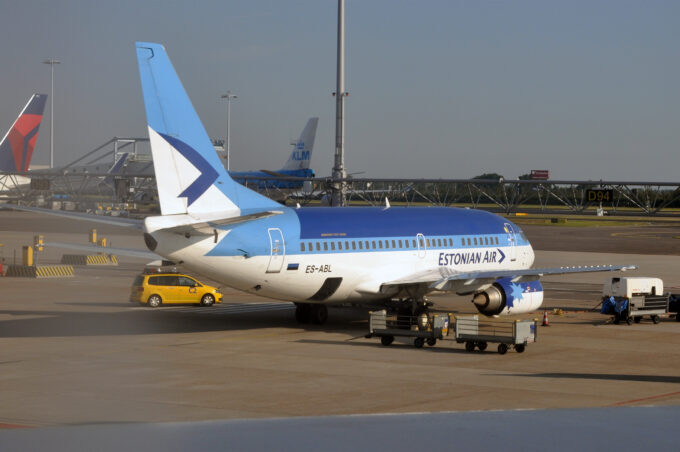 After the fall of the Soviet Union, Estonia regained its independence and on December 1, 1991, established a national airline, LLC Estonian Air. Destinations to Germany, Finland, and Sweden were among the first served. In 1995 first Western-made aircraft, Boeing 737-500 (pictured) entered the fleet. In 2004, European Union membership brought open skies to Estonia. 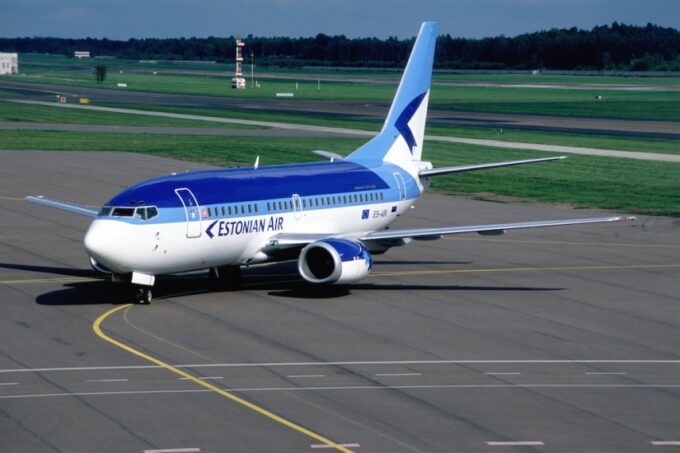 Estonia’s national airline Estonian Air declared itself bankrupt after the European Commission decided state funding the company had received was illegal and should be repaid. The announcement was made on November 7, 2015, and the airline grounded all flights the following day. It claimed it did not have the money to repay the funding. Under EU rules a company must not receive money from the state that give it a competitive edge over other companies. 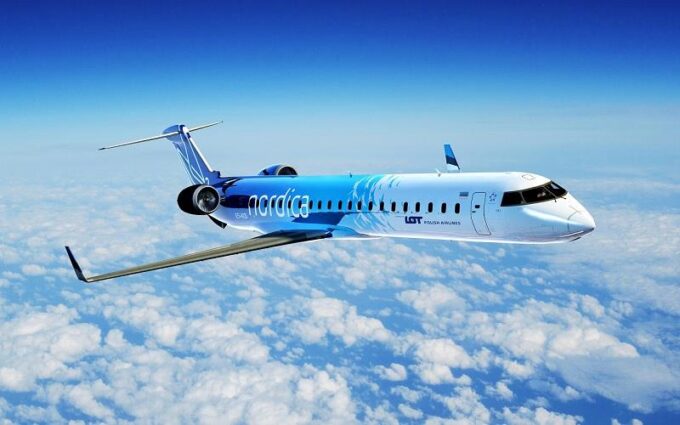 Nordica, legally incorporated as Nordic Aviation Group LLC, the state-owned Estonian flag carrier was created. Until October 2019, it operated scheduled flights to European metropolitan and leisure destinations. Regional Jet, the subsidiary of Nordica, co-owned by Polish LOT airline, started to provide aviation connections from Tallinn for Nordica as well as ACMI services for other airlines. Within next 3 years Regional Jet has grown the largest ever aviation company in Estonia. 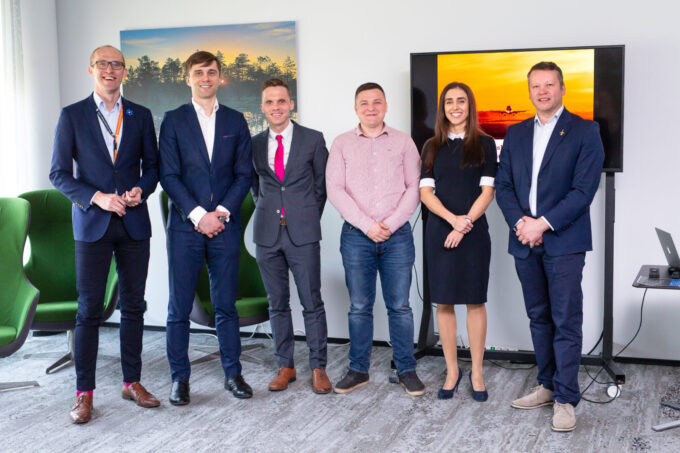